We went to Goose Island State Park a couple of weeks ago. The kids had an early release day at school so we took advantage of the few extra hours and chose somewhere a little further away. There are two sections to the park and we ended up staying on the island portion, which was the less desirable of the two. The spots were packed in and there weren’t any trees or privacy. It was mainly fishermen in that section. The other section had heavy vegetation and the sites felt very secluded.

The kids wanted to walk to the very end of the very long fishing pier on Saturday morning. 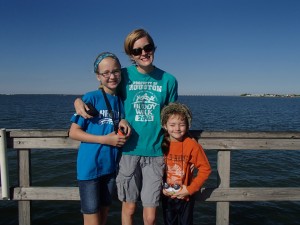 Then we visited the butterfly garden and saw lots of butterflies and several caterpillars. 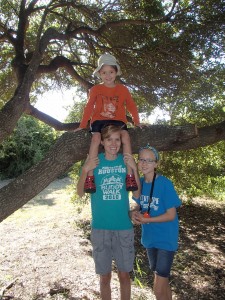 Including this guy. This is an asp caterpillar and thankfully Clara spotted him right before she put her hand on him as she went to climb the tree in the picture above. That would’ve pretty much meant an end to our lovely weekend as asp caterpillars tend to pack quite a wallop if you touch ’em. 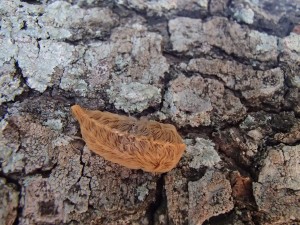 We then drove to the trailhead of a short, very wooded trail in the park and got about 10 yards down the trail when we realized we forgot mosquito spray. We quickly ran back to the car, swatting the mosquitos away as we ran.

So we left the park and went to find the Big Tree a mile or so outside the park. It’s over 1,000 years old and is one of the biggest oak trees in the US. They’ve fenced off the tree and done a lot to try to brace it, but there are lots of other trees surrounding it that you are free to climb in. We had to wait for a group of boy scouts to leave the best climbing tree before we could take a turn in it. 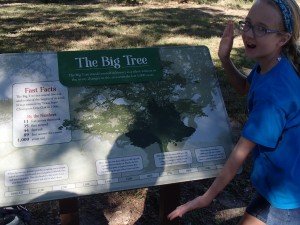 I have no idea what these little round balls are that Robert found stuck to leaves. 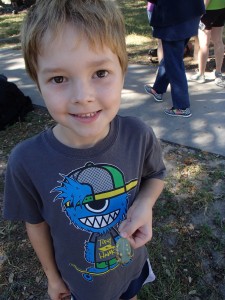 The kids needed a boost to get onto the lowest branch and I really could’ve used a boost myself but I managed. Chris wasn’t much help, but he was sure to get a few pictures of my graceful ascent. 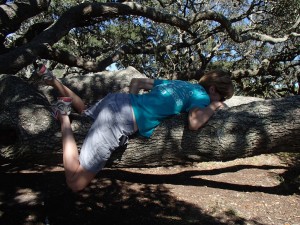 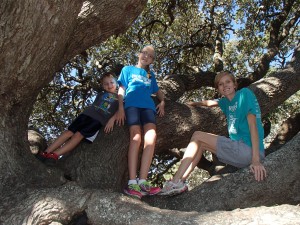 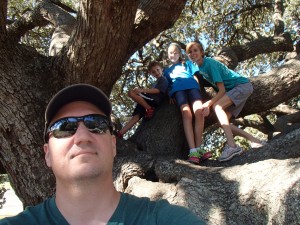 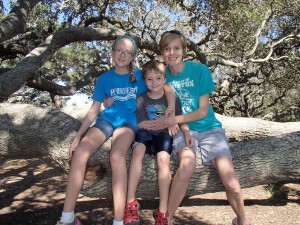 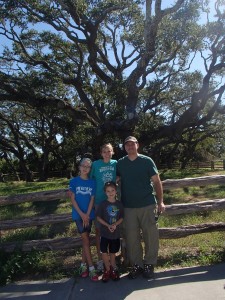 There were a couple of different options for Saturday afternoon, including driving to Corpus to the Texas State Aquarium and exploring the Aransas National Wildlife Refuge, but both were about an hour away. We decided to stick closer to the park and made the short drive to Rockport to visit their aquarium. The aquarium was right next to a little art gallery and maritime museum. The aquarium was tiny, but there were lots of hands on kid-friendly activities, so the kids enjoyed themselves. Robert thought it was awesome. 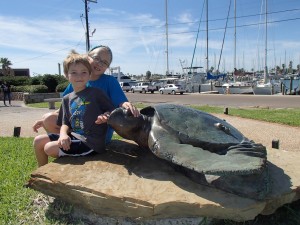 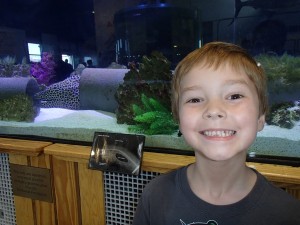 Then we let the kids play in the sand for a few minutes before getting some ice cream and heading back to camp. 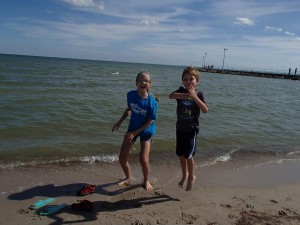 The kids and I got up before the crack of dawn on Sunday to watch the sun rise. It was really cloudy, so it wasn’t as impressive as it might have been on a clear day, but it was enjoyable nonetheless. 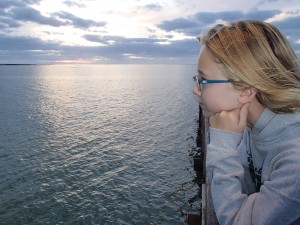 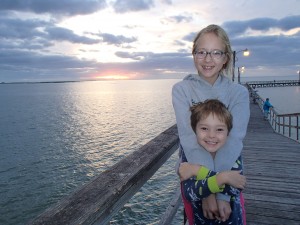