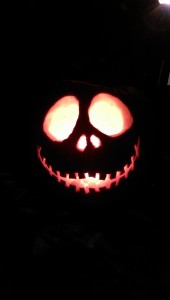 Trevy-Ann and Malana had never carved a pumpkin, so obviously we had to carve a pumpkin. Robert insisted that a reluctant Trevy-Ann stick her hands inside the pumpkin. 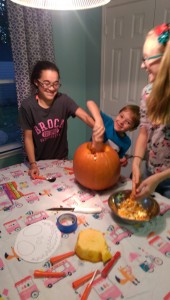 I’m pretty sure there was some disagreement about how the jack-o-lantern should be carved, but in the end Jack Skellington won out. 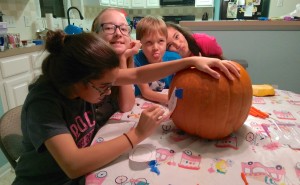 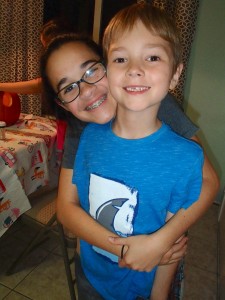 Halloween night was a drizzly, soggy mess, so I didn’t get very good pictures. We pulled out the umbrellas and went around to a few houses in the neighborhood. The kids didn’t last very long before they were ready to call it a night and come back to the house to gorge on candy. I had hoped to get them back in their costumes the next day to get some good pics, but they did not comply with my request. Robert was the Kai from Ninjago. 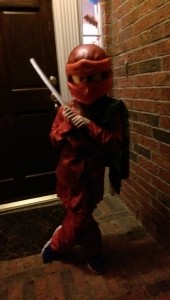 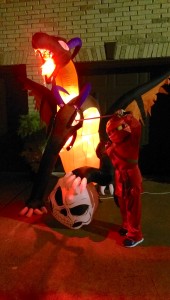 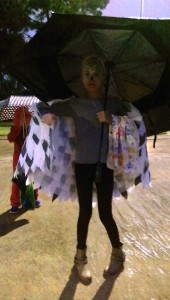 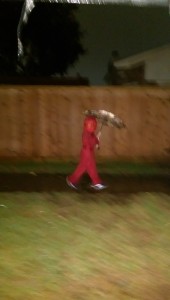 This was during Clara’s owl phase, so I made her this snowy owl costume and did her makeup. Malana was Moana. Robert stripped out of his costume before I got a group photo of them all. 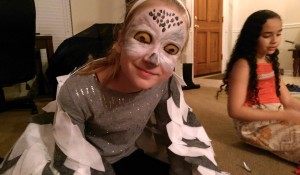 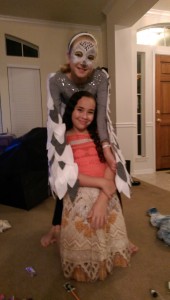 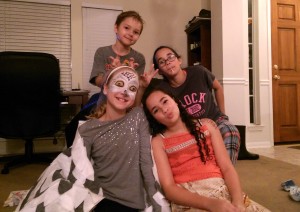